Crypto”currencies”: A commodity, not a currency

Bitcoin, Ethereum, ETC, Ripple, Litecoin and Dash, which one should you invest in and why? The truth is there is no right answer as the answer will change depending on when these commodities become overvalued/appreciated. 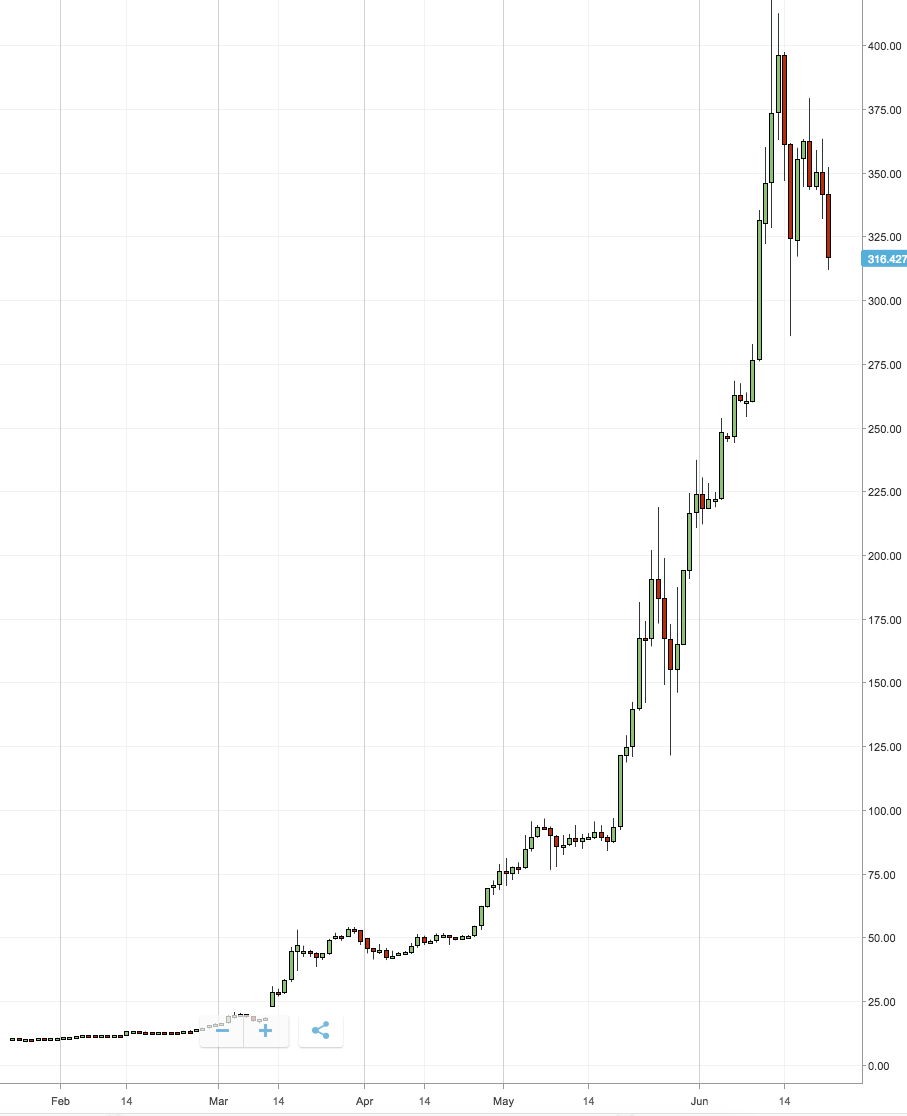 Anytime is a good time to start investing but there are a few basic fundamentals to read up on before entering the cryptomarket.

Can we truly define Cryptocurrencies? Let’s try… as short as possible…
Cryptocurrencies are a group of alternative digital currencies that can be used to purchase things, specifically services in the current market. However, I would expect that cryptocurrencies will expand to include local services as well.

The main difference between a cryptocurrency versus cash is the way supply and demand is managed. Imagine if a certain banking system is able to keep printing notes, that particular currency will devalue and eventually become cheaper. This reminds me of qualitative easing. In many ways, doing so is an expression of failed financial systems where money is deflated such that people who have worked hard and earned their keep can see their uninvested savings become obliterated as their currency devalues against that of another country. The political and long term effects are beyond the scope of this discussion. 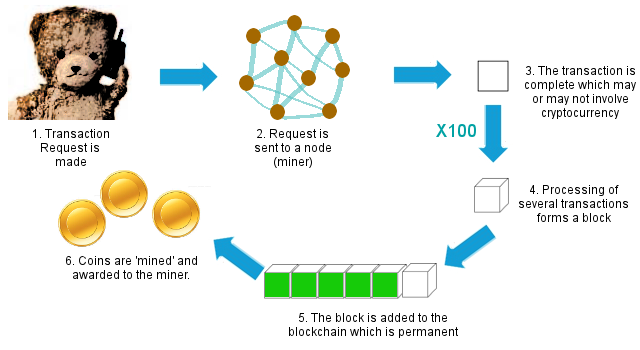 Cryptocurrencies work differently, and there is no way to print new bitcoins on paper. Instead, cryptocoins are mined using a peer-to-peer network to maintain a ledger of all transactions which have taken place, a process called mining. This ledger of past transactions is called the blockchain as it is a chain of blocks. The block chain serves to confirm transactions to the rest of the network as having taken place.

You can’t feel it
Unlike real money, it is very difficult to produce counterfeit cryptocoins as the transactions are tracked in the block chain. This is a security measure that is severely underappreciated that even gold is unable to replicate (fake gold is still a problem). Essentially, cryptocurrencies can serve as a new form of gold if it becomes mainstream and its value would rise even above that of gold. However, cryptocurrencies remain a non-tangible asset and are only tangible when you spend it. That is also true for all the ‘real life’ currencies you are holding. The USD 100 note is not as tangible as you think. At any point, if the currency devalues, you lose your money as well. People are realising this and the best risk is to spread risk. You make losses when you don’t take risks but if you take widespread risks, then you are more likely to make money than lose it.

The Alternative to Gold
Lawmakers in the US treat cryptocurrencies as a commodity instead of a currency. So essentially, it is like gold, you mine it, but you don’t need to face the issues of storage. The upside is that you can spend it unlike taking a gold bar to a supermarket, I believe we will be able to spend cryptocurrencies on groceries in the future. If you can’t beat them, join them.

Won’t it devalue as more coins are mined?
The answer is no. There is a limit on how many coins are mined and as the currency approaches that limit, the value of the coin increases. For example, there is a hard limit of 21 million coins for bitcoin. A sizeable majority of bitcoins have already been mined and will continue to be mined till 2140, but that is not true for the other cryptocurrencies.

If there is a reason why one particular cryptocurrency is going to devalue, it will be because there is going to be a better one to replace it. When I mean better, it means it has improved source code, better management and some regulation of some form that is fair to consumers and service providers as well. 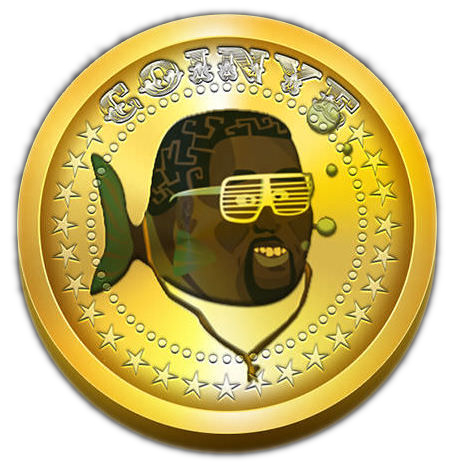 Basically, most coins are just replicas of each other and some are memes that won’t last very long. Some have already become inactive, for example, ‘Coinye West’, due to a lawsuit. Some do appear to have potential, like Titcoin for example. I doubt I need to explain why.

Do I need a wallet?
If you want to own cryptocoins and treat it like gold and hold it in the long term, or use cryptocoins for services, it will be prudent to have a wallet of some form.

My suggestion is to have a mobile wallet for ‘pocket change’ which can afford nothing more than a fancy dinner.

With so many new services starting up because of how deregulated cryptocurrencies are, many of these WILL actually turn out to be Ponzi schemes, but these will be weeded out as the cryptosystem matures.

What do you think of the future of Cryptocurrencies?
I believe we will see services like wallets consolidate and cryptocoins start to form “interchangeability agreements” to tie to each other’s value for further stability and fewer price fluctuations, take for example the Singapore Dollar is tied to the Brunei Dollar.

Many people are afraid of a parallel economy which will be open sourced and will replace our financial system but that is equivalent to building castles in the sky. It won’t happen.

The issues with Cryptocurrencies
1. Anonymity – Using cryptocurrency to trade remains insecure. There is a pseudo-anonymity when it comes to using bitcoin to pay, akin to using a fake facebook account to pay for things. There is no accountability and when you have paid for fraud services, you have only yourself to blame. Unlike a credit card, if you do not receive your product, you can contact your credit card provider and after a brief investigation, your money can be returned. This creates a sense of safety that cryptocurrencies do not have.

2. Volatility – The fact that the position of cryptocurrencies places it in a Schrodinger’s cat situation, where nobody knows whether the coin is in a bubble or not in a bubble. If it is picked up later on, then cryptocurrencies are severely undervalued. If it does not get picked up, the market will become stale and cryptocurrencies may be replaced with another system, perhaps something more secure and less volatile. The bubble will burst and you may lose all your money. The ‘winner takes all’ situation makes it extremely risky for investors.

3. Incentives – Currencies work because there is inflation of goods. In this case, cryptocoins are inflating against currencies as their value increases and there is a lack of supply of coins. That is a virtual lack of supply. Many blockchain companies are creating their own cryptocurrencies and as these get picked up, there will be more alternatives to choose from and some of which will be equivalent to the credits in your Kopitiam/Starbucks card.

Cryptocurrencies cannot inflate for long. Banks print money to make things more and more expensive so a rich person can’t just rest on his laurels and refuse to work. The whole purpose of inflation is to serve as an incentive to work. When people start investing in cryptocurrencies and realise that because they are an early investor, their money has grown and they do not need to work to grow more money, it creates a system of inequality where the haves continue to get rewarded more. This is especially terrible for the younger generation who have not been exposed to the world of investment or those who have left their nest-egg in their banks only to find their savings obliterated. People holding onto cash will find themselves being overpowered by the spending power cryptocurrencies.

Whilst a system like this could work… the society will reject rewarding those who are already rich.

Conclusion: The Best Risk
The best risk is to take some risk, otherwise your money will rot in the bank as more money gets printed. The best type of risk is diversified and if you do not hold cryptocurrencies in the form of real coins or CFD, I would strongly recommend you to hold some. If you have bought 100 dollars worth of bitcoin when it was first incorporated several years ago, you would now have well over 400k dollars.

Remember, anything (other than the money rotting in your bank account) has a higher chance of increasing in value over a long period of time.

Research plays a huge part. Know how your cryptocoins are being managed and you should be safe.